My Thoughts on the Cross:
The Reverend Billy Graham once said that the cross is offensive and it is. Not only do we see the huge abomination caused by the immeasurable heap of our sins at the base of the cross, but we see the horrific scourging and suffering that the Lord endured onto death on our behalf. How can we look up at the cross and not know that it is us who should be up there and not our Lord? He was and is all grace and love and is free of sin. It is a horrendous journey of tears and painful self-reflection to reach the base of the cross, but a journey that we must all take to know the Lord of true love and self-sacrifice. In our tears and affliction the Lord speaks and our tears of sorrow become tears of joy. He has risen, He has come down from the cross, and He resides with the Father, yet lives in the believer’s heart. He has written His will in our being. We are born again in Christ and free of all sin. We are joyous in this life that He has given us. We have peace beyond all understanding. We follow no law and do not fear it, but live by God and the Holy Spirit. Each day I pray, what my Great God may I do this day for you?

Posted by Unknown at 9:47 AM No comments:

A Letter of Thanks

A Letter of Thanks and a Request for Continued Support

To all who have prayed with me and for my wife over the last month, I offer my sincere and deepest appreciation. Your prayers have truly been heard in heaven. In matters of Godly intent, I have always said that the proof is in the pudding and the pudding is rich indeed. Although I have never seen the wind, I know it exists because I see the leaves move within it – so it is with God. Your prayers have been mighty and God has moved mountains. He has granted us our miracle. He has yet again given me another chance to love and grow with my princess and queen.

In speaking with the Oncologist just after her brain surgery, Ann was scared, but not shaken. The tumor was fully removed and sent out for testing. The Doctors feared that it was a very bad and quickly developing cancer that would be terminal and discussed the worst and best case scenarios with my wife. Her faith was in your prayers and the best case scenario.

It took several days to diagnose the tumor as non-cancerous. Everyone who had seen the initial biopsy and test results was amazed and shocked, except Ann. “Our God is an Awesome God” is what my wife said to me when the final test results came back negative for cancer.  Truly, God’s Holy Spirit has filled the void now left by the removed brain tumor.

Because the Doctors feared that the tumor was cancerous and would spread, they did not remove the tissue where the tumor had grown during the initial brain surgery. Now that they know that the tumor was not cancerous, they will be going back in to remove the outer tissue of the brain envelope where the tumor grew to keep it from coming back on October 30th, 2015. Doctors anticipate Ann to have a complete and full recovery within three months of her surgery.

Please keep her in your prayers for an event-free operation and full and speedy recovery, as well as a steady hand for her surgeon.

Are God Is Truly a Loving, Merciful, and Awesome God,

The Coelacanth – Unrecognized Proof of Creation:

Those who have read my book, “First Vespers,” will not be at all surprised to know that I do not believe that I am a descendant of a primate; or that fish once crawled out of the sea to become land animals; or that evolution is anything more than an adaptation within a given species; and yet, I am fascinated by the Coelacanth. 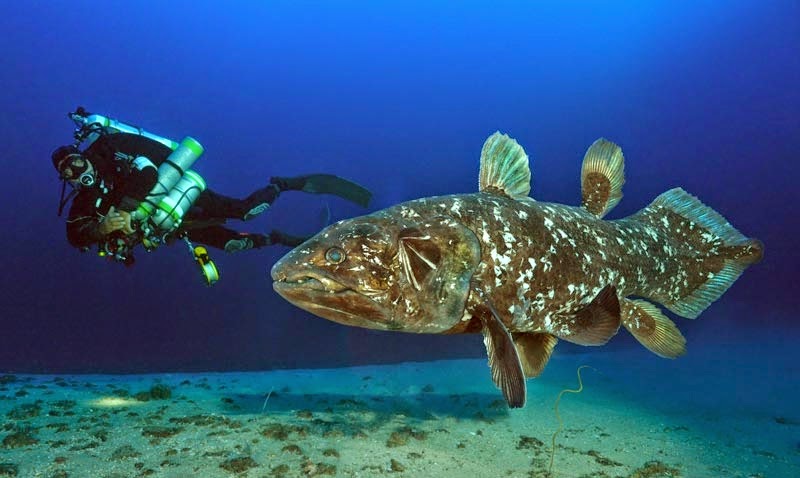 The Coelacanth is the most famous of all "living fossils" because it is the best known example of a "Lazarus Taxon", this is, animals that were supposed to be long extinct (66 million years previously) and were unexpectedly found to be alive. Coelacanths were supposed to have become extinct in the Cretaceous period, along with the dinosaurs, but in 1938, a live specimen was caught in South Africa; nearly 80 years after Darwin's publication, "On the Origin of Species."

Coelacanths are large predators, up to 2 meters (6′ 6″) long; they feed on smaller fish, including small sharks, and are usually found in deep, dark waters. Although rarely captured, Coelacanths are critically endangered. They are nocturnal drift-hunters. Their body is covered in scales that act as armor. Coelacanths have 8 fins – 2 dorsal fins, 2 pectoral fins, 2 pelvic fins, 1 anal fin, and 1 three-lobed caudal fin. At the back of the skull, the Coelacanth possesses a hinge, the intra-cranial joint, which allows it to open its mouth extremely wide. The eyes of the Coelacanth are very large, while the mouth is very small. The eye is acclimatized to seeing in poor light by having rods that absorb mostly low wavelengths. The vision of Coelacanths consists of a mainly blue-shifted color capacity. The heart of the Coelacanth is shaped differently from that of most modern fish; the heart's chambers are arranged in a straight tube.The Coelacanth's auditory reception is mediated by its inner ear.

Since 1938, more specimens have been seen and photographed, and a second Coelacanth colony was even found in Indonesia in 1999. On Sunday, August 24, 2014, I watched a documentary of this discovery on television with eager anticipation.  More closely related to lungfish, reptiles, and mammals than to the ray-finned fishes, Coelacanths have commonly been considered by evolutionists to be a transitional species between fish and tetra pods (four-footed species). The vertebrate-to-land transition is considered to be one of the most important steps in evolutionary history. I was curious to see how this “transitional species” would be explained by evolutionists now that it has been found to still be alive and virtually unchanged since first being documented in the fossil record, 66 million years ago. 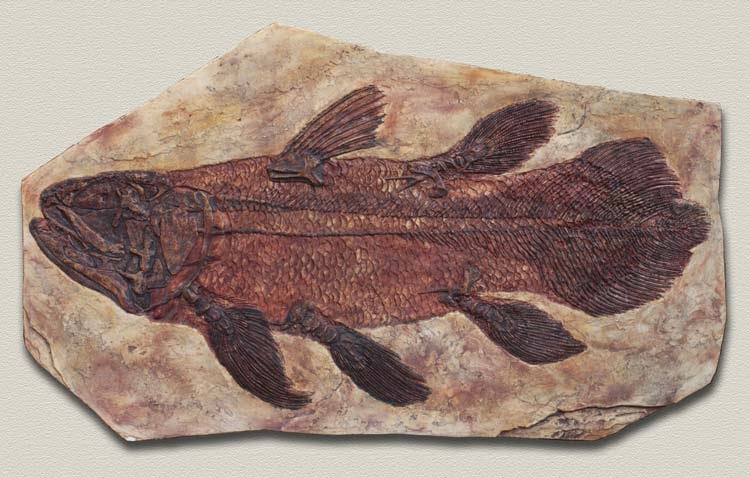 The answer was simple. The Coelacanth is not a “transition species;” but rather, a species critical to our understanding the vertebrate-to-land transition. It was concluded that the closest living fish to the tetra-pod (four-footed species) ancestor is now the lungfish, not the Coelacanth. How can this be? The Coelacanth has enamel covered teeth and hand-like fins that connect directly to its backbone. Besides, the lungfish is already known to exist and according to the fossil record, has been around for 380 million years. This seems erringly similar to the circular logic that was used to convince all of Europe that the world was flat.

I am from the generation before evolution was taught as a fact and reinforced by everything that we read and see on television. To me, there is no greater proof of creation than the “transition species.” Two fish that have existed for between 66 and 380 million years without change tell me that there really isn’t much going on with evolution. 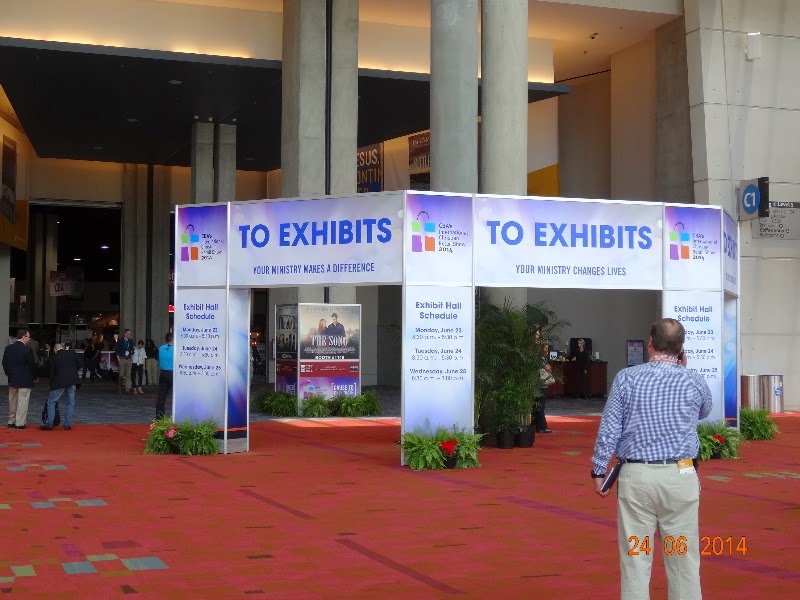 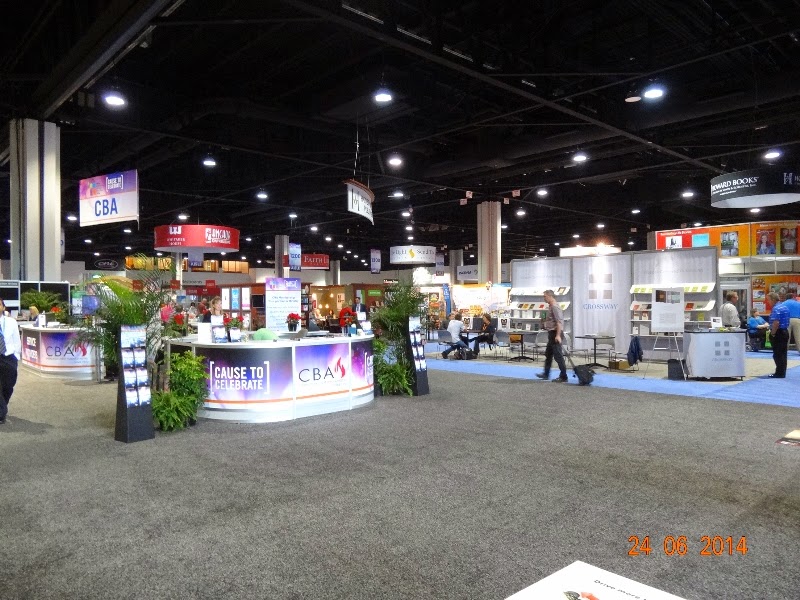 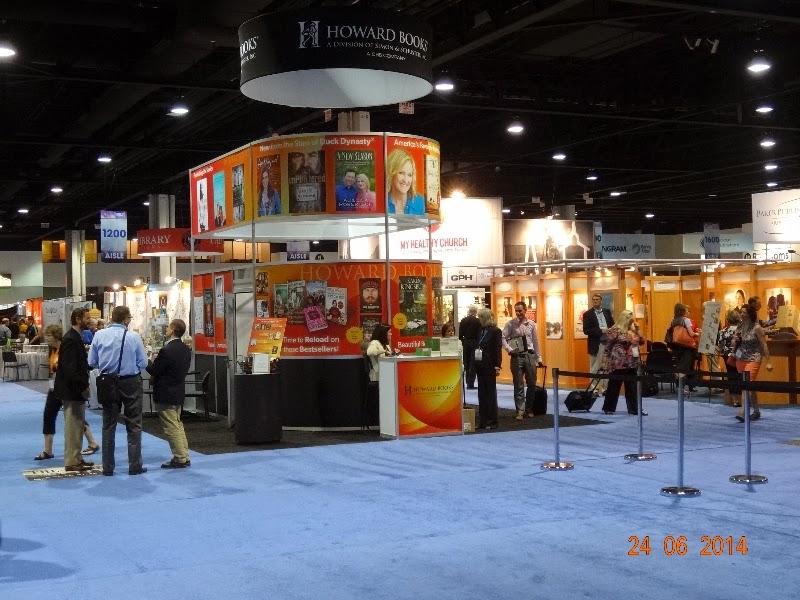 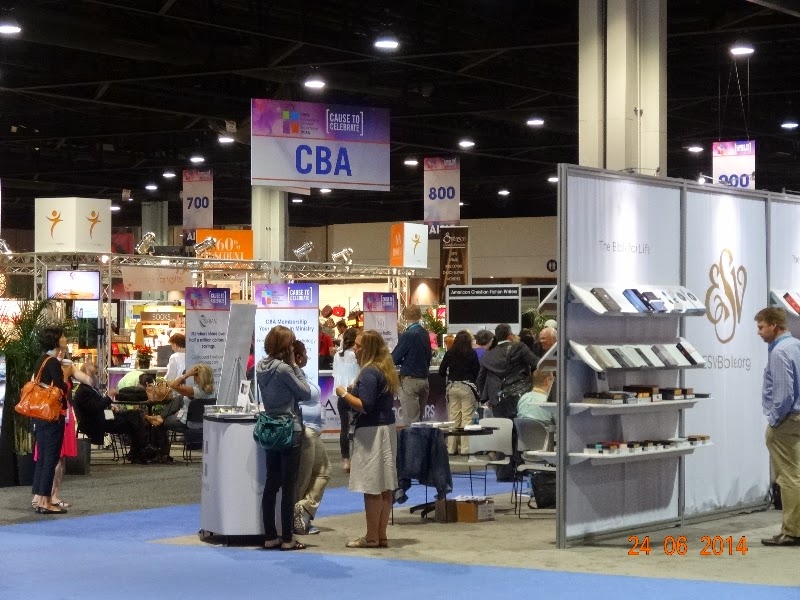 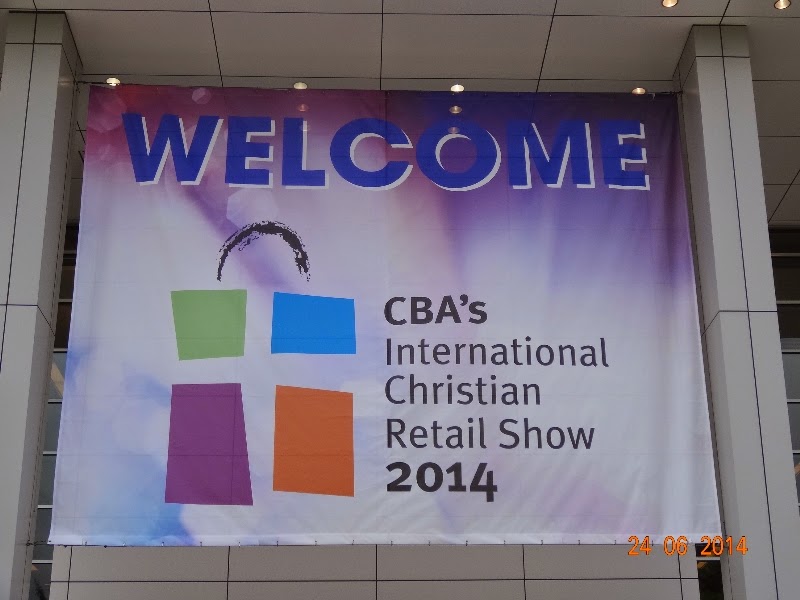 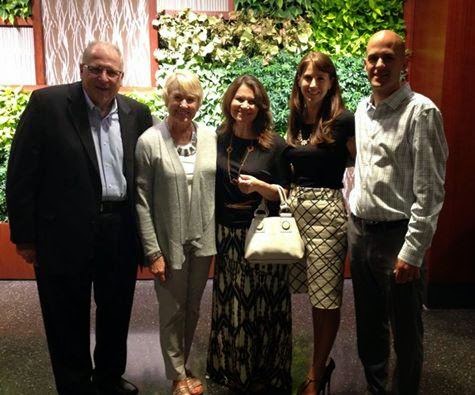 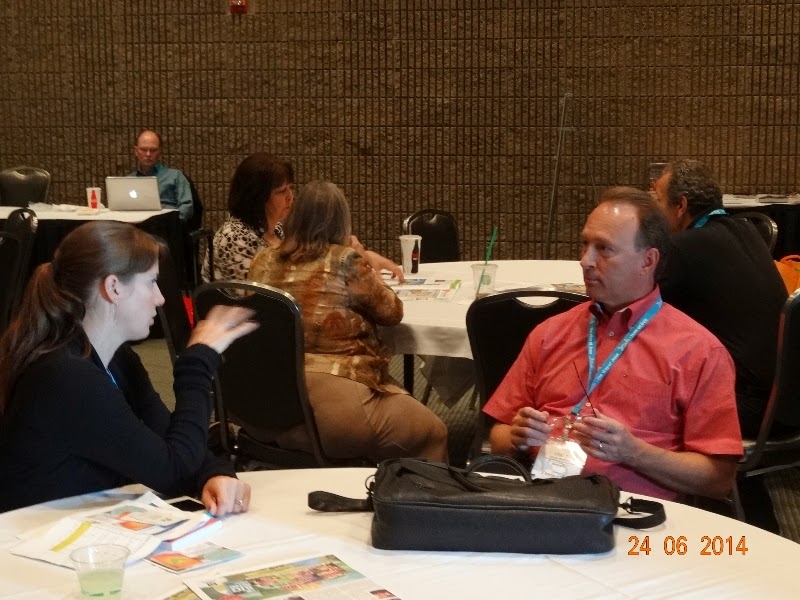 Dr. Aaron N. Hartman with his wife, Rebekah at a book signing for his book, "Adopted - God's Plan 'A'." 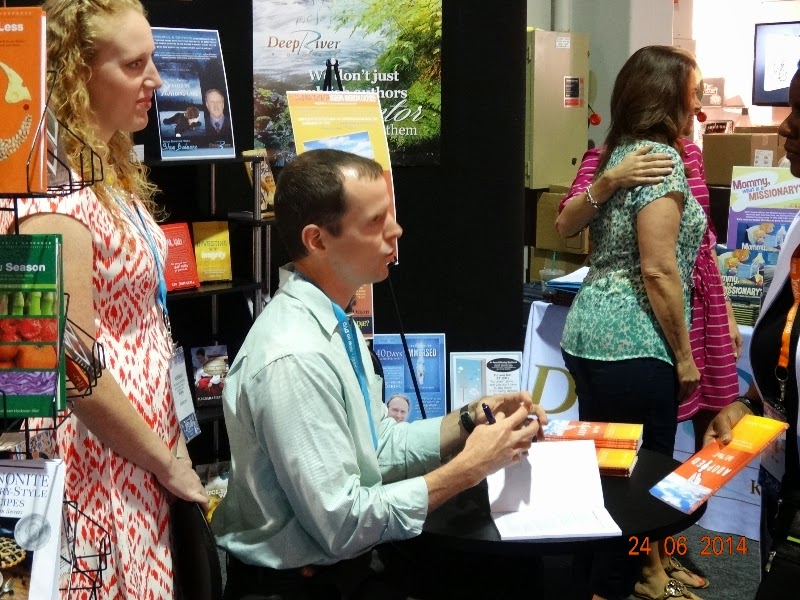 Nancie Carmichael, Deep River Publisher and myself in the Deep River Book Booth at 2014 ICRS Conference 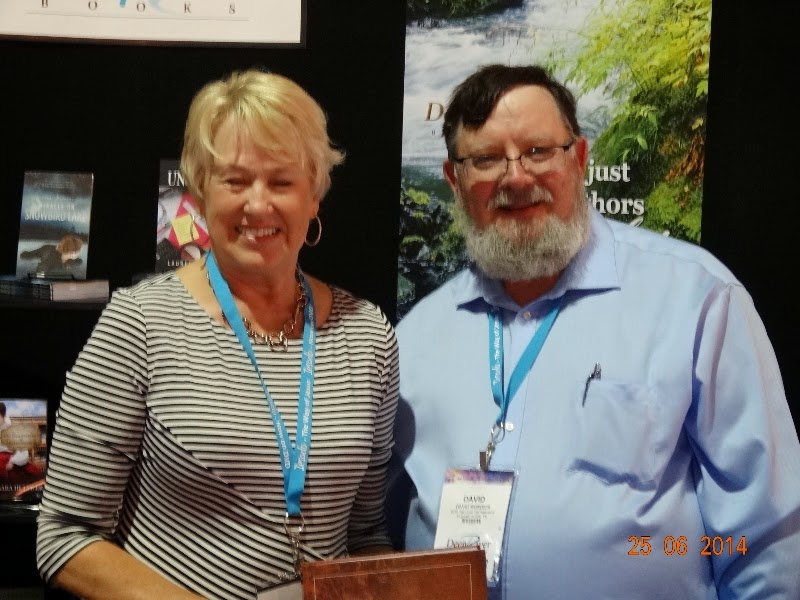 Posted by Unknown at 8:46 PM No comments: